Embedding Neuroscience Into Your Physiotherapy Practice 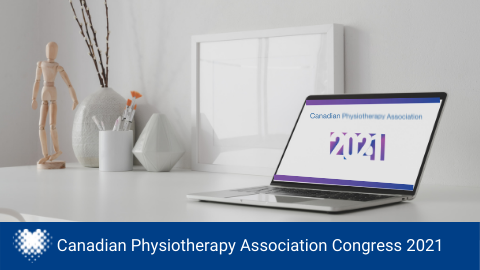 Embedding Neuroscience Into Your Physiotherapy Practice

Neuroscience is advancing quickly and has the potential to positively disrupt the way we work and live in the next decade. We are discovering new things about the science of recovery and brain health almost daily and, sometimes, it can be hard to keep up.

In today’s session, we are going to pass along some of the key highlights of the emerging research and open up a dialogue about how we can be involved in advancing our profession.

Dr. Ryan C.N. D’Arcy, Eng.L., is a neuroscientist and entrepreneur. He is the co-founder, President, and Chief Scientific Officer of HealthTech Connex. He also holds Professorship appointments at Simon Fraser University and the University of British Columbia, where he serves as a BC Leadership Chair in neuroimaging and neurotechnology. He has published more than 245 academic works, attracted more than $85 million in competitive research and innovation funding, and has been recognized through numerous awards and distinctions (e.g., Canada's Public Service Award of Excellence and named as a KickAss Canadian).

Dr. D'Arcy is a 3X TEDx speaker, who speaks frequently on brain health innovations around the world. Major career scientific advances include the discovery of white matter activation in functional MRI, the world's first VR simulator for neurosurgical training and planning, the development and deployment of the world's first brain vital sign framework, and the utilization of neuroplasticity in brain injury to drive recovery well beyond conventional limits. Dr. D'Arcy received a BSc (with distinction) from the University of Victoria, along with both MSc and PhD degrees in neuroscience from Dalhousie University (Killam Scholar). He did post-doctoral training in medical imaging physics at the National Research Council (NRC) Institute for Biodiagnostics and holds a professional engineering designation in neuroimaging and neurotechnology (Eng.L.). While with the NRC, he spent over a decade leading the development of Atlantic Canada’s biomedical imaging cluster before returning home to BC in 2012 to catalyze and co-lead the development of Surrey's Health and Technology District.

Access to this recording will be FREE for anyone who has registered for CPA Congress 2021, Day 4.

Check your emails for the coupon code. If you have not received this contact pd@physiotherapy.ca